One of my New Year’s resolutions was to blog more, well, here I am three days late…classic. I really wanted to sit down and write about something meaningful, helpful and witty. But as I reflected, all that ran through my mind was the year that had just passed.

I’m not a rational, logical person. That much is sure. I read horoscopes, take personality quizzes and need a calculator to answer simple maths questions. Don’t get me wrong, I don’t think this is a bad thing – it’s allowed me to be quite the optimist. However, there’s one thing I have never followed and that’s time points.

You know, people only start changing once the clock strikes midnight on January 1st? They only start doing work once it turns 8pm? They decide to stick out a job or relationship for 6 months exactly? Those kinds of time points. I never understood them; if you want something, do it…right now.

All that aside, 2018 was different. It was tumultuous, to say the least. I found myself shouting a massive goodbye to it, good riddance, something I have never done before. I’d usually be the annoying “it’s all the same, that second won’t change anything” kid when the 1st January rolled around. So, I thought I’d blog about it because I needed to reflect on the year, for my own sake and sanity. Maybe it wasn’t so terrible?

I swear January is like the Monday’s of months. It’s miserable and loooooong. At this point, I was working full-time and had just begun getting up at 6am again. In my head, I was planning my escape from the 9-5 life but had absolutely no idea how to do it. 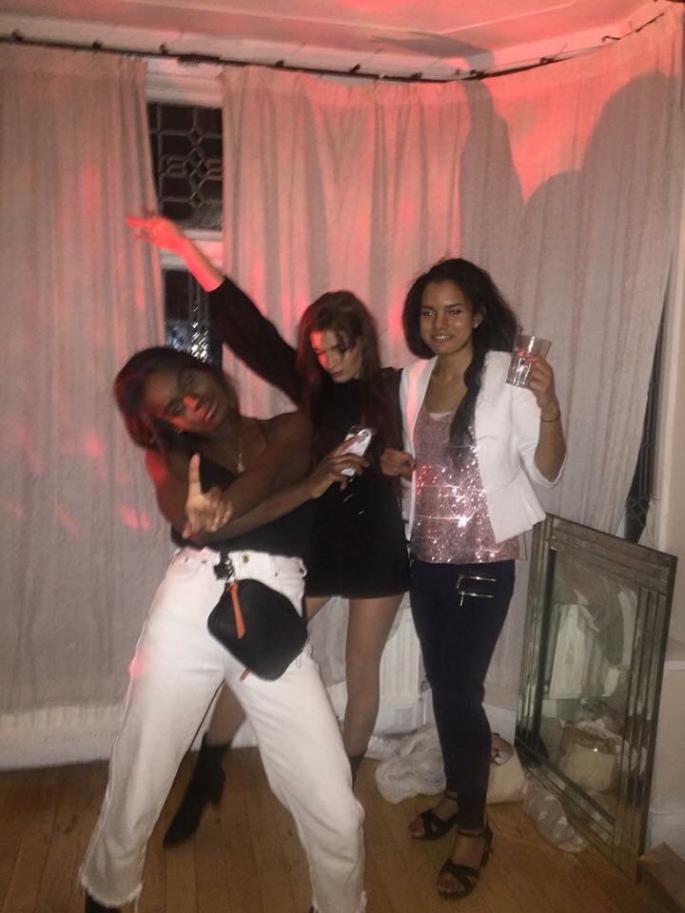 I scrolled through my social media to see if anything interesting happened this month. I saw posts of me on a night out with my friends. To the naked eye, I was having a grand old time but in reality, I had tonsilitis and ended up back home super early. Oh, how social media can fool you. 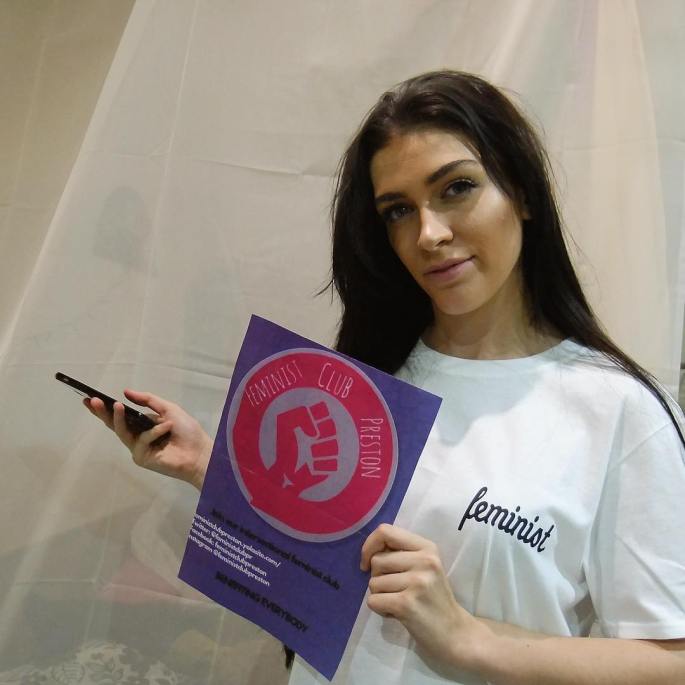 I look back on this month with the most pride. My mental health was, like, non-existent. I was so down and instead of partaking in self-care activities, like you know, normal people, I set up a feminist club.

March was a super special month because it was the first time I have ever fallen in love. It might have been with a country…but still, in love. I visited Nuremberg and I think it was this time that I decided I would live in Germany, even for a small amount of time. 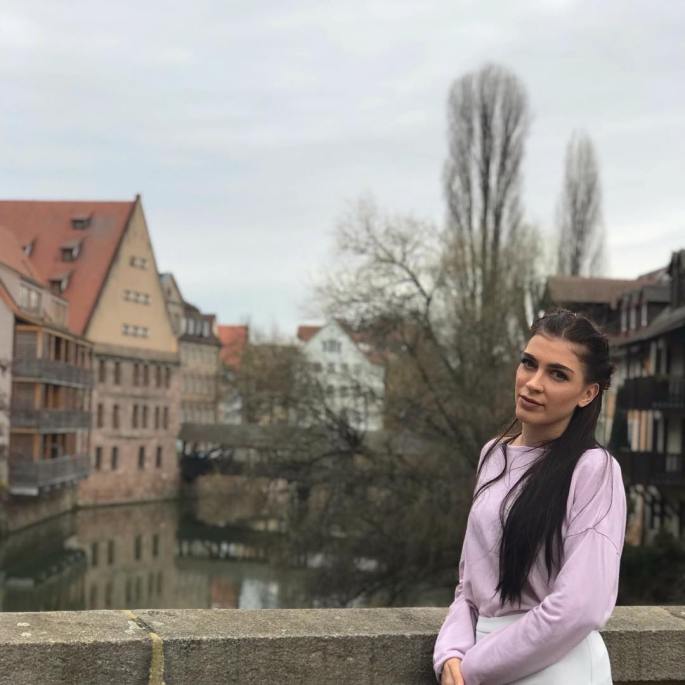 Ah, April, you are very bittersweet. I got headhunted for a job and accepted in such a hurry (because I hated the role I was currently in), which probably wasn’t my best move. 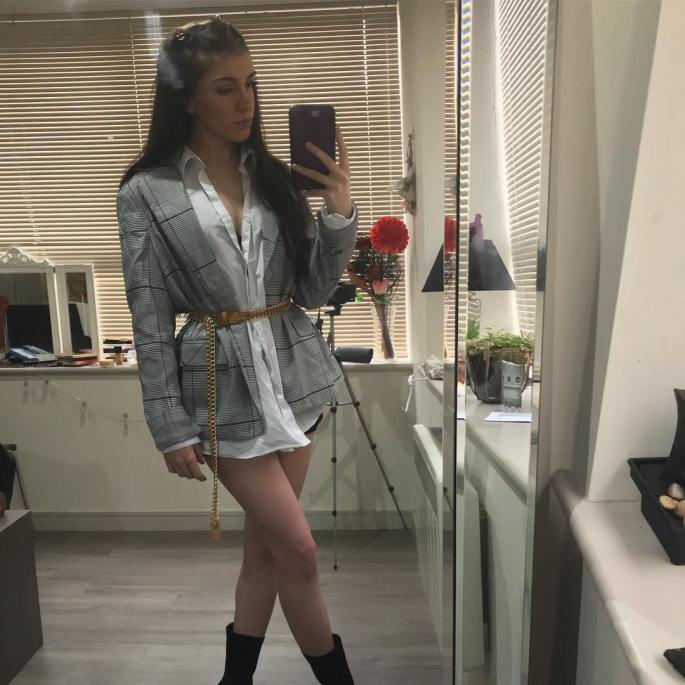 The job would have been great for somebody else – but it drained me. In fact, now I think any 9-5 would drain me. It was an uncreative role, with no freedom and way too much regulation and conformity. I couldn’t stand it.

One thing is, I was chosen for a job I didn’t even apply for, which is pretty sweet.

I was going to just write “nothing to report on”, but that’s a big fat lie. It’s a full month, so much can happen. 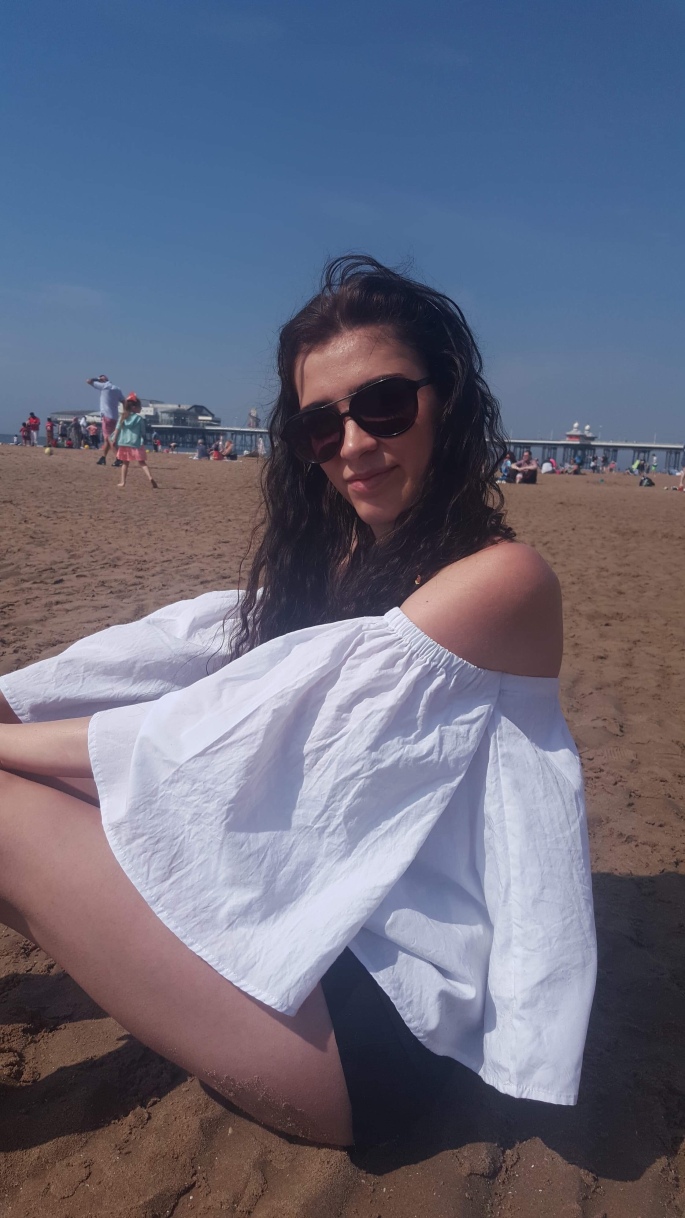 I made memories with friends (something my Snapchat archive reminded me of), I laughed, cried and everything in-between.

Mostly, I battled through even when my own brain was telling me that I shouldn’t. I struggled but I’m still here, and that’s amazing. I just wish I could have seen it at the time.

June was a weird month because although seemingly quite said, it was an important month. I was so unhappy at work, that I cried in the bathroom. 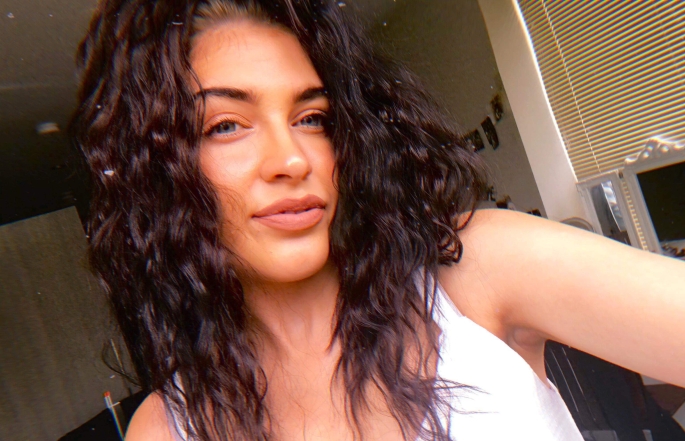 I went home and started to pick up freelance work. I’m so glad this happened.

I turned 22 and felt super old. Now that my brain is being kinder to me, I know I’m really not that old.

I also set up a refugee campaign, selling little badges with all the money going toward charities which helped home those in need. 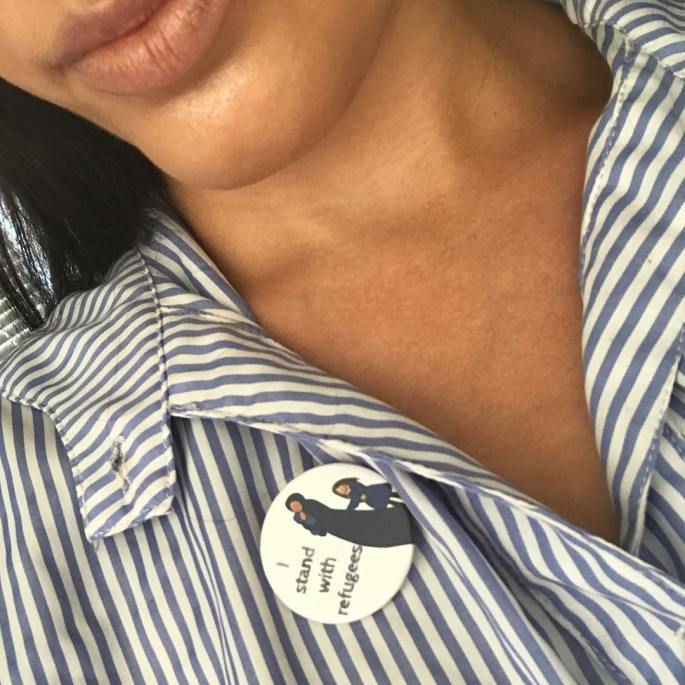 July was also the month that I decided to live a more sustainable life – and I’m still going strong.

I impulsively clicked “book” and caught a flight to Dusseldorf. This might not seem like a big deal to many, but this was really huge for me. 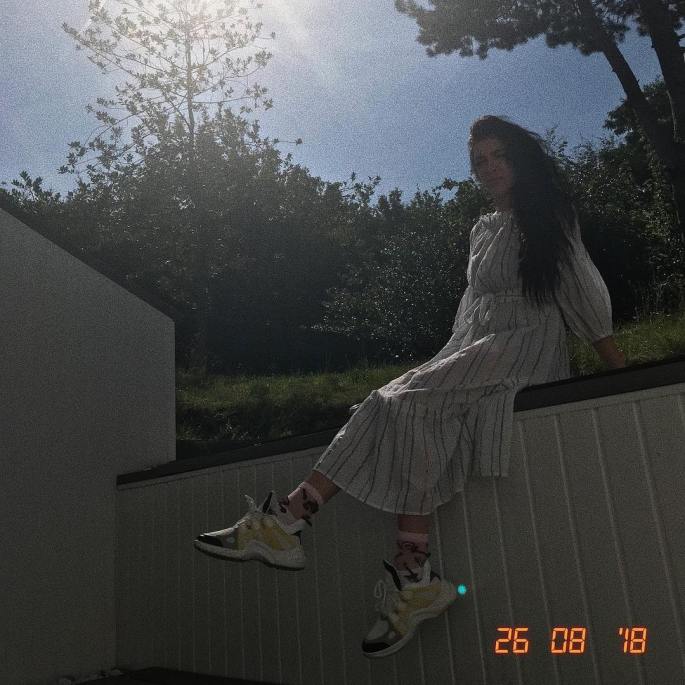 When your mind is plagued with anxious thoughts, solo travelling is actually quite laughable. This was a stepping stone in my life that I will honestly always thank myself for. If you’re planning on booking a solo trip, do it.

This was the most important month in 2018. I left my job and begun full-time freelancing. And then I booked a trip to Norway, as you do. 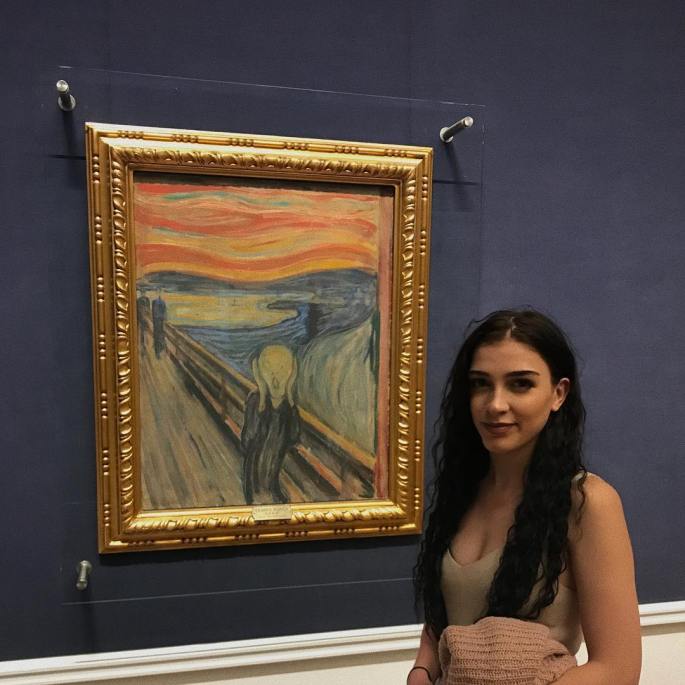 It sounds so easy wrote out, but this was one of the most anxiety-inducing, saddest moments in my year. I cried for days, I cried in Norway and I honestly felt so helpless.

It took me a few days, but I slowly climbed back on my feet – I picked up more writing clients and saw a glimpse of what my life would look like as a digital nomad. I have love-hate feelings towards this month.

Still freelancing, still picking up new clients and gradually making my way in a freelancing world. Comments about how much happier I look are flooding in, I finally started to feel like myself – something I hadn’t felt in years. Whatever ‘yourself’ really means? 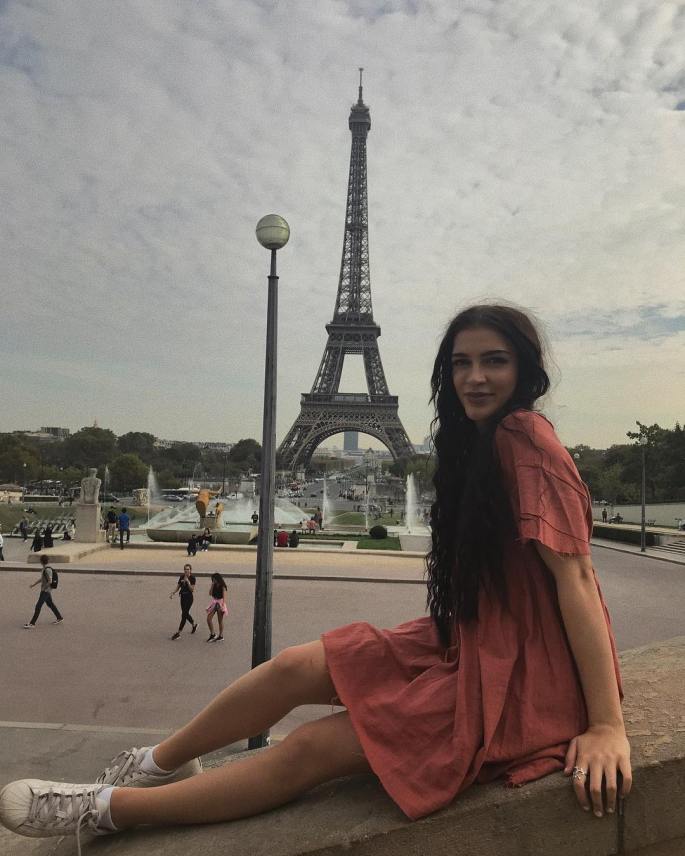 I also went to Paris, which was one of those unforgettable experiences. I want to go back already.

Although no flights were caught, I started to really feel like I was doing something I loved. Since graduating I never felt truly happy doing the work I was doing. After my second job was a complete let-down, I felt like I would be stuck in an office for the rest of my life, working a job I hated. November taught me that you could make a comfortable living freelancing, in your pj’s. 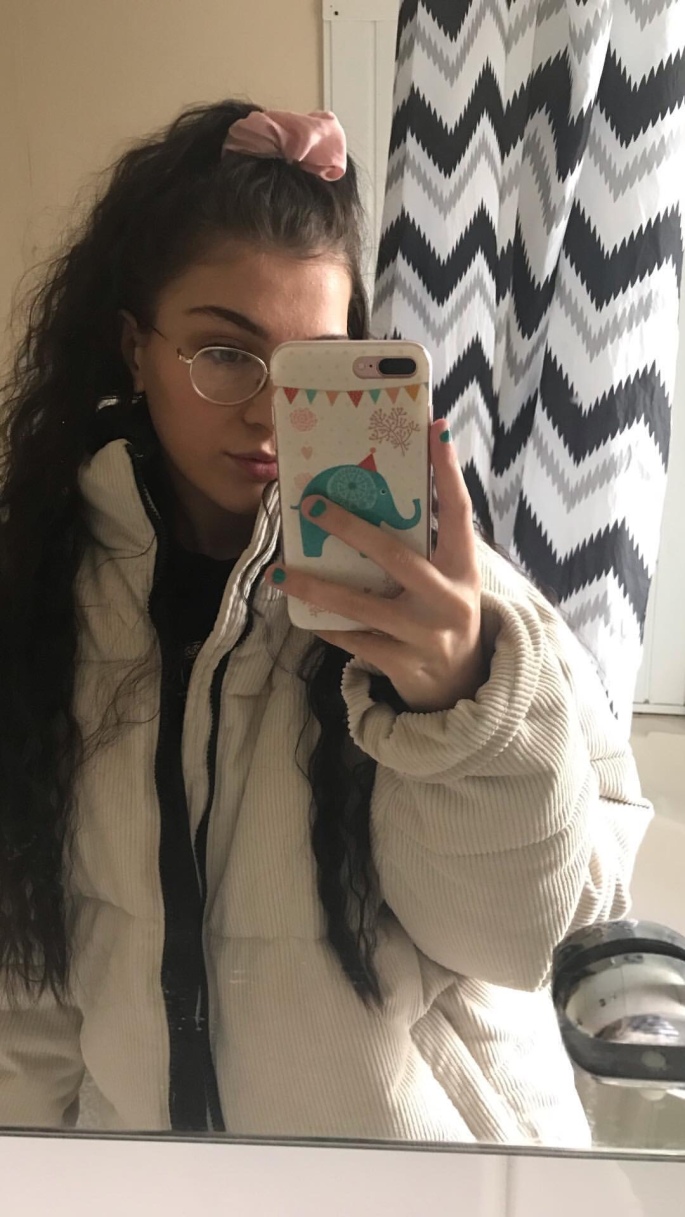 A busy year, a badly amazing year. December was when I relaxed. I still freelanced but I didn’t stress about it. I was happy. And you know what comes along with happiness? Weight gain. 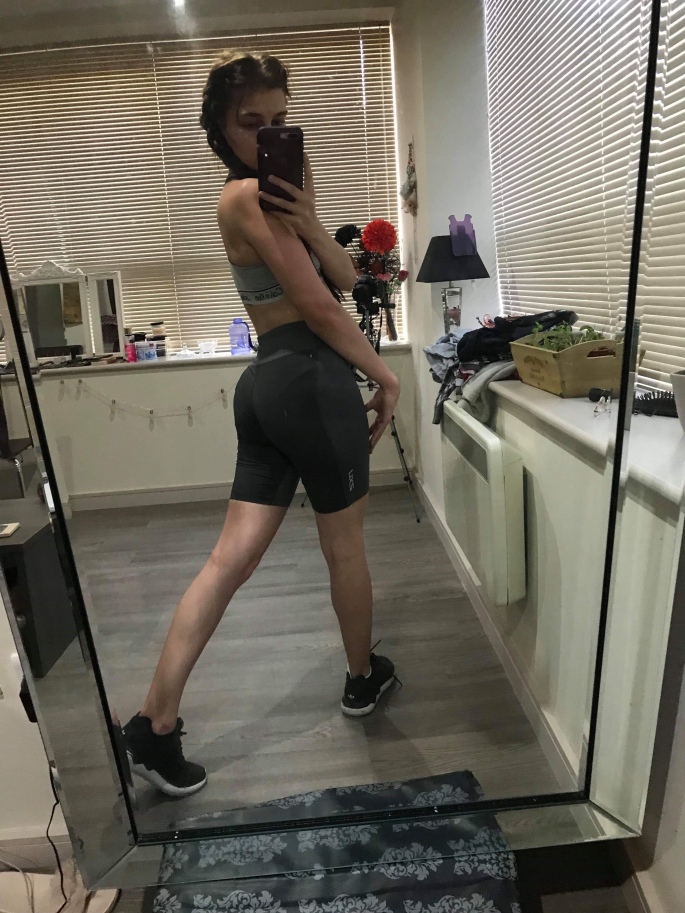 Weight gain is something that I haven’t had the best relationship with. I’m not ready to publically post about it just yet, but just know, December saw me have the healthiest reaction to gaining weight. A product of a truly happy mind.

I’m entering the new year with simple goals. Travel and writing. Less social media, less comparing and finding peace in being alone. I love the place that I am in right now, and that’s a better start that I had last year.

2018 has been full of highs and super, super, super lows. I made it out more than alive, and for that I’m proud.

Corona officially caught up with me after narrowly avoiding it for so long. Nearly getting stuck in Gili t indefinitely pushed me back to miserable England x Ending the trip with a nice little permanent souvenir from the trip of a life time. Until next time Asia 🇮🇳 🇱🇰 🇲🇲 🇹🇭 🇰🇭 🇻🇳 🇮🇩 #coronawon #sorrymum
%d bloggers like this: